Comparative Negligence: When Can More Than One Party be Held Liable for an Accident?

One of the most memorable moments in the movie The Curious Case of Benjamin Button is the scene in which Benjamin speculates about a long list of circumstances that, if they had gone slightly differently, could have prevented the accident that caused the injury that ended his beloved Daisy’s dance career. It illustrates that many accidents do not have a single cause. The comparative negligence doctrine in Arizona law acknowledges that, when two or more cars collide, fault for the accident often does not belong exclusively to one of the drivers. Rather, the insurance companies, and in the case of personal injury lawsuits, lawyers and judges, endeavor to determine what percentage of the fault belongs to each driver involved, and when applicable, what percentage of the fault belongs to parties other than the drivers involved in the accident. 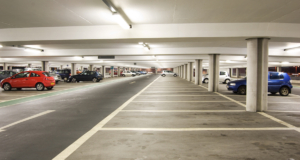 According to Arizona law, each driver involved in a car accident is assigned a percentage of the fault for the accident. It is possible for one driver to be 100% at fault for the accident, but this is the exception rather than the rule. Additionally, parties other than the drivers can be found to bear a portion of the responsibility for the accident. For example, a car accident in a parking garage could be due in part to the design of the garage, such that it is difficult for a driver backing out of a space to see other drivers turning off the ramp from the level below, in which case the garage owner could also be found partially at fault.

Regardless of your responsibility, or lack thereof, in causing the accident, do not immediately accept a settlement offer from your insurance company. Instead, consult a personal injury lawyer.

Eric Schmidt is an Arizona lawyer who works on personal injury and wrongful death cases.  Contact Eric Schmidt in Phoenix, Arizona, to see if you have grounds for a lawsuit, even if the insurance company has found you partially liable for causing the car accident that resulted in your injuries. You may still be able to recover damages.