Motorcyclists enjoy their adventures on the road. Most love their bikes and cannot imagine giving up this mode of transportation, despite its many dangers. Motorcyclists are much more likely to be injuredor killed during a traffic accident than other motorists. They are simply more vulnerable to injury since they do not have the protection of a steel “cage” as those in cars and trucks do. In addition, they face other road hazards. All motorcycle riders need to be aware of these dangers to help protect themselves and others on the road. Those in Arizona need to be particularly cautious due to a number of factors.

Several specific laws are on the books in Arizona to protect both motorcyclists and motorists. ARS 28 -903tells motorists that they cannot deprive motorcyclists access to a traffic lane. Motorcycles are due the same consideration as all other vehicles on the road. This law also asserts that motorcyclists cannot ride more than two abreast in a lane. Arizona law addresses splitting lanes (see below) and specifies certain safety features and equipment that legal motorcycles must have. Despite these laws, Arizona has a large number of motorcycle accidents occur each year.

In the US, only 19 statesrequire all motorcyclists to wear a helmet. Arizona only requires those under 18 to do so. Wearing a helmet greatly reduces the risk of serious injury among riders, with statistics showing that they are 37% effective in preventing motorcycle fatalities. In addition, helmets help prevent traumatic brain injury in riders who survive moving vehicle accidents. A TMI can cause permanent cognitive issues and make it impossible for victims to live independently. The medical bills after a brain injury can be catastrophic and the cost of long-term care prohibitive.

Despite these risks, Arizona citizens have shown no appetite to change the helmet law, preferring to allow riders the freedom to reject this protective gear if they wish. This decision does leave the state’s motorcycling population more vulnerable to serious injuries.

Some motorcyclists were hoping for lane splittingto become legal this year in Arizona. The effort fell short, but that has not stopped a number of riders from continuing this illegal practice, which is considered dangerous by many experts.

Lane splitting means that motorcyclists are allowed to weave in and out of traffic instead of being forced to stay in one lane, sometimes behind a string of cars. This practice is particularly helpful for commuters who want to maximize the benefits of their more agile transportation.

Motorcyclists are divided on the issue of lane splitting, with some believing it makes them safer by allowing them to remove themselves from dangerous traffic congestion. They can avoid being trapped between large trucks and other hazardous situations. Others believe the practice leads to more collisions because they are frequently “cut off” by other vehicles as split lanes. As of now, the only state that has legalized lane splitting is neighboring California, whose riders bring the practice over the state line when they travel.

In many motorcycle accidents, alcohol and speeding are factors as are poor weather and road conditions. But often, the fault lies with other drivers rather than the motorcyclist. Those in cars, trucks and SUVs frequently do not share the road and fail to look for and adjust to motorcycles in traffic. As a result, motorcyclists have to drive defensively at all times to remain safe.

Car and truck drivers often do not see motorcyclists. They may be programmed to look only for other full-size vehicles or simply give no thought to motorcycles at all. As a result, many accidents occur at intersections. Commonly, a vehicle will turn leftdirectly in front of a motorcycle, leading to a collision. Sometimes the driver misjudges the speed of the motorcycle, believing they can beat them through the intersection but end up hitting them instead. Car drivers will also often change lanes directly into a motorcycle’s path, perhaps because of blind spots in their road vision or a simple lack of attention.

Motorcyclists may also be injured when drivers park and open their vehicle doors without checking for traffic. Such an accident may sound minor but can cause the rider serious injury, particularly if they are not wearing a helmet.

Again, other motorists frequently do not watch out for motorcycles, focusing instead on other, larger vehicles. In many car/motorcycle accidents, the fault lies with the other driver and not the motorcyclist. In those situations, the motorcyclist has grounds for a personal injury suit.

In Arizona, the Schmidt Law Group offers expert representation for those injured in a motorcycle accident. Every year, Arizona has thousands of motorcycle accidents, some of which lead to serious injury and even death. Because motorcycle riders are particularly susceptible to injury, these accidents can result in crushing medical costs, including extensive rehabilitation bills.

Many motorcycle accidents are not the fault of the rider. Therefore, Arizona motorcyclists need the services of a law firm experienced in personal injury suits. The Schmidt Law Group can help victims get compensation to pay their medical bills and replace for lost income. In addition, they can often win damages for pain and suffering as well as motorcycle repairs. In the case of a fatality, they may be able to file a wrongful death suit on behalf of devastated family members.

Many motorcyclists are safety-conscious and drive defensively. Despite their caution, many accidents occur each year on Arizona roads and highways. Motorcycle crashes are often serious and have long-term consequences. Those involved in an Arizona motorcycle accident should call (602) 282-0047 or request a free case evaluationin order to protect their health and their financial future. 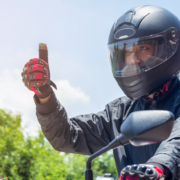 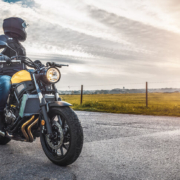